The Law Office of Sutton T. Slover, P.C. alerts Atlanta drivers to five of the most dangerous intersections in Metro Atlanta. The law firm also shares potentially life-saving safety recommendations that can help motorists minimize risk when traveling the roadways of Atlanta.

The Law Office of Sutton T. Slover, P.C. a personal injury attorney based in Atlanta, is advising drivers to beware of the most dangerous intersections in the Atlanta area. Georgia is one of the deadliest states for motorists and ranks among the top ten most deadly roadways in America.

According to The Atlanta Journal-Constitution, Atlanta’s main daily newspaper, the following five intersections in Metro Atlanta experienced the most accidents in 2015:

While traffic congestion and slower speeds in the city are inconvenient, typical city routes are generally safer to travel than intersections. Drivers tend to drive faster on the less congested suburban roadways, and increased speeds result in reduced reaction time, which translates to more accidents. At an intersection, traffic lanes cross rather than merge and yield. The converging lanes may contribute to the high number of accidents at intersections. Other common causes of accidents at intersections include ignoring traffic signs and signals, speeding, driving while distracted or impaired, driving without headlights, and failing to yield the right of way. 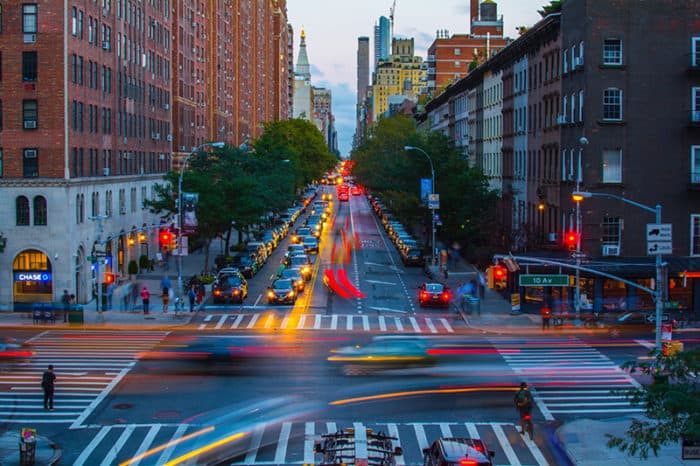 Although it is not always possible to prevent or avoid an accident, drivers can and should take appropriate measures to minimize risk. If they can, drivers should avoid the dangerous Atlanta intersections listed above. When approaching an intersection, a driver should reduce vehicle speed and call to mind basic defensive driving techniques. The driver needs to stay alert, take note of all traffic signs and signals, pay attention to traffic flow, and watch for merging vehicles. If motorists can anticipate encountering a distracted or unsafe driver, then they can improve their reaction time and possibly avoid an accident. It is also vital that drivers do not text or talk on their cell phones while operating a vehicle. Any driver can heed these simple, potentially life-saving safety recommendations.

An up-and-coming personal injury attorney, Sutton T. Slover, P.C. presents personal injury cases in terms that the Georgia Court System and insurance companies can understand. The attorney is currently a member of several legal groups, including the Georgia Trail Lawyers Association. He also sits in on a variety of groups such as the Brain Injury Litigation Network, the Personal Injury Attorney Network, and the American Trucking Association. Sutton T. Slover, P.C. comprehends the mechanics of the legal system and can cut through the confusing communication to provide the best defense for any Atlanta resident.

For more information about the car accident attorney in Atlanta, GA, visit the website at https://suttonsloverlaw.com. The Law Office of Sutton T. Slover, P.C. can also be contacted by phone at 1 (404) 585-3583.